Salt Rank In Art and Culture, Food for thought

Cannabis Landrace Strains and the Origin of Indica Vs Sativa

Over the past decade, we have seen the cannabis industry evolve from an illicit market to a booming multi-billion dollar industry. In a not-so-distant past, the consumption, possession, and growing of hemp and cannabis would lead to serious jail time and consequences. As cannabis legalization continues to sweep across the nation, things seem to finally be taking a turn for the better. With 36 states allowing medical use and 16 having legalized adult use, professionally curated dispensaries and perfectly packaged goods are becoming the norm.

As the legality of cannabis continues to expand across not just the United States but the world, the industry is in a state of evolution and transformation. With the infusion of cannabis in a variety of our everyday products such as food, beverages, beauty products, and more – you are no longer limited to simply smoking flower.

Watching how the industry has progressed is truly remarkable. Though the flower you see packaged on cannabis dispensary shelves today is much different from the genetic makeup of the original landrace strains. In fact, all cannabis can genetically be traced back to one single cultivar grown in the Hindu Mountain region of what is now Afghanistan and Pakistan. As trading and migration of humans occurred, cannabis began to make its way around the world. This highly versatile crop easily adapted to each country’s unique climate, making landrace strains the first cannabis crops grown in different regions throughout the world.

The Origins of Sativa

The term sativa has many different meanings though when it’s used today, most people use it to describe the effects of a strain. So when people say sativa, they likely are referring to a more uplifting, energizing, or creative high.

Scientifically speaking, sativa is used to describe the anatomy of the plant. Traditionally, sativa’s are known for being tall with thin narrow leaves and wispy flowers. Sativa’s origins can be traced back to the warm southern climates. The increased sunshine, warmer temperatures, and prolonged summers in these climates help them achieve their full growth potential.

The Origins of Indica

Unlike its counterpart, Sativa, Indica was not a globetrotter. Instead, it was reserved and isolated to solely arid and mountainous regions, primarily across different parts of the middle east, such as Afghanistan and Pakistan.

This cannabis is indefinable by its broad leaves, short stature, and dense flowers.  Indica strain names today pay homage to the places they were cultivated. Think ‘Afhagni’ and ‘Hindu Kush’, for example.

Terroir: What does it mean?

A landrace marijuana strain is one of the first strains grown in various regions throughout the world, and oftentimes, they carry a name that hints at their origin – ‘Thai’, ‘Durban Poison’, ‘Acapulco Gold’, and more are some well-known examples of this. As time went on, the various growing practices and environments particular to these locations influenced the plants’ unique characteristics, affecting both appearance and chemistry. A technical term for this is ‘terroir’.

When considering this concept, think of how wines are classified. French wines are named for what region the grapes are grown in, as this helped determine the flavor of the wine, attributing to such characteristics as ‘body’ and ‘dryness’. When you hear the classifications of ‘Bordeaux’ or ‘ Merlot’, these indicate the region or area the wine is from. This same system is used for the origins of cannabis. Consider it a geography lesson each time you spark up! 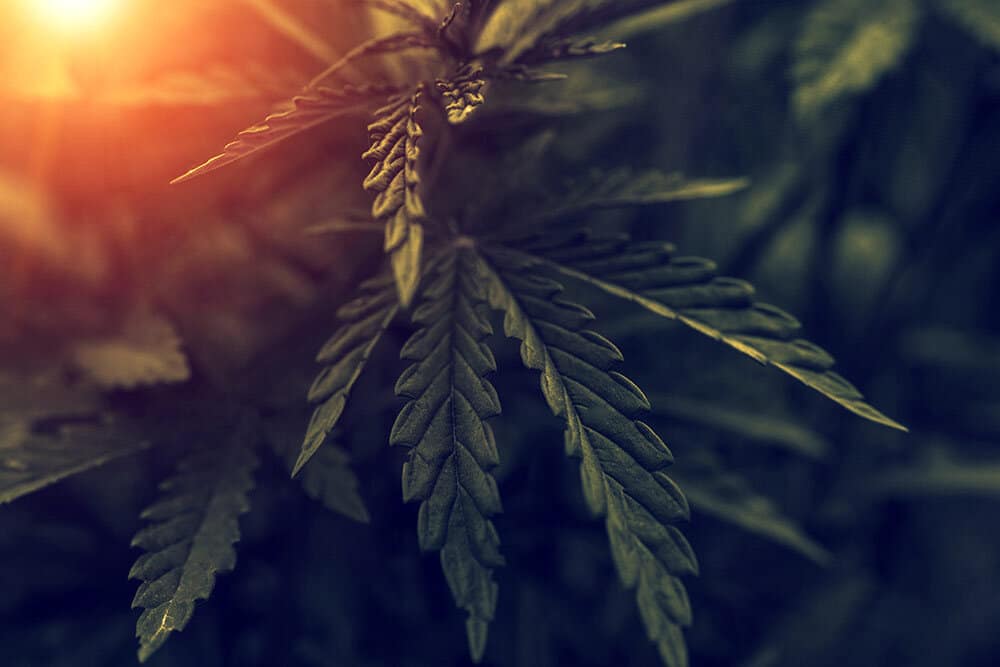 Are landrace strains still around?

It wasn’t until the late ‘70s that people began to intentionally cross-breed Sativa and Indica together, creating a hybrid of the two. By doing this, they were able to create a plant that harbored the best of both strains, essentially weeding out unwanted characteristics that could weaken the plant’s health and production.

In the current cannabis market, these hybrids have become the norm. Rather than smoking a pure landrace strain, consumers today enjoy a  hybrid descending from the landrace genetics instead. That is the biggest difference between the cannabis enjoyed in the ‘60s and ‘70s and what’s on today’s shelves.

While this answer can vary based on the specific strain and how and where it was grown, the bottom line is no, probably not. The hybrid strains bred today are specifically geared to providing a high potency, among other advantageous characteristics.

Is it hard to find landrace strains?

Because they are not grown on a large scale today, landrace strains can be a bit more difficult to come by. However, they do carry somewhat of a cult following, those dedicated to these original strains still carry them on the current market. Sometimes, they are referred to under the term ‘heirloom’ strains, referencing to how they’ve been passed down through the ages. They are produced in small batches and carry the genetics of the landrace, though they lack the original terroir.

Until the world cannabis market opens up more and legalization happens on a broader scale, giving us access to direct landrace strains from various parts of the planet, there are still a few heirloom finds you can get at your local cannabis dispensary. If you’re truly curious to give these a try, make sure to ask your local dispensary to see if they have some in stock.

Back to the Roots

While it is on the shelves bred for superiority as far as potency and flavor, it’s important to remember where cannabis truly began. Exploring these original strains gives us a better idea regarding the strides that the cannabis industry has made, offering up a better insight regarding exactly what our parents and grandparents smoked back in the ‘60s and ‘70s. Because of their groundwork with creating hybrids, we are able to enjoy more refined and potent cannabis products today.