Is There a Connection Between Cannabis and Dopamine? Taking a Closer Look For the past several years, research has taken place to explore dopamine and its connection to cannabis. This includes examining how different cannabinoids, including THC and CBD, have an impact on dopamine levels. As it turns out, both have an influence, just in different ways. Here at our cannabis dispensary in Port Hueneme, we want to explore some of the research and take a closer look.

Before we get into how cannabis influences dopamine, it’s important to learn what exactly dopamine is. While you might have learned in your introductory psychology class that it’s a neurotransmitter in the brain, it also does so much more!

Inside of our brain, there is a system that transmits messages and signals between cells. When this occurs, electric charges release chemical messengers called neurotransmitters. These neurotransmitters are responsible for triggering a huge array of functions and feelings, such as sensations (pain, pleasure, itchiness, etc.) to instructions on how and when to blink, breathe, and even move our extremities. Each of these neurotransmitters has a unique function to perform. For example, adrenaline triggers your fight or flight response and serotonin works to regulate your mood.

Dopamine is perhaps one of the most misrepresented neurotransmitters thanks to media and other sensationalism. While it is often deemed as the ‘pleasure neurotransmitter’ or the ‘feel good chemical’, it is actually much more complex than that.

Dopamine is just a piece to a broader puzzle. In fact, the way that it influences pleasure in the brain happens more indirectly than it does directly. Have you ever heard the term ‘motivational salience’? Dopamine influences this concept, meaning that it helps stimulate one’s motivation. In turn, this piques one’s curiosity, desire, and drive, typically prompting them to do things that brought them pleasure in the past. This puts them on a reward seeking loop, meaning that they are more inclined to repeat actions that made them feel good previously.

Because of the way it works, the reward system that dopamine creates is a large part of what keeps us alive and well. Think about it – when you’re hungry, you get a reward for eating. Not just the sensation of feeling full, but typically the taste and enjoyment of eating good food as well. That is just one example, but there are many, many more!

As far as scientific discoveries go, the endocannabinoid system (ECS) is a relatively new one. Dating back to only 1992, this biological system hasn’t had a lot of research yet, though more and more happens each day. Currently, the research shows that the ECS plays a role in maintaining and regulating various functions throughout the body. This includes influencing the release of virtually all neurotransmitters, heavily impacting things such as appetite, immune response, sleep, memory, mood, and so much more. 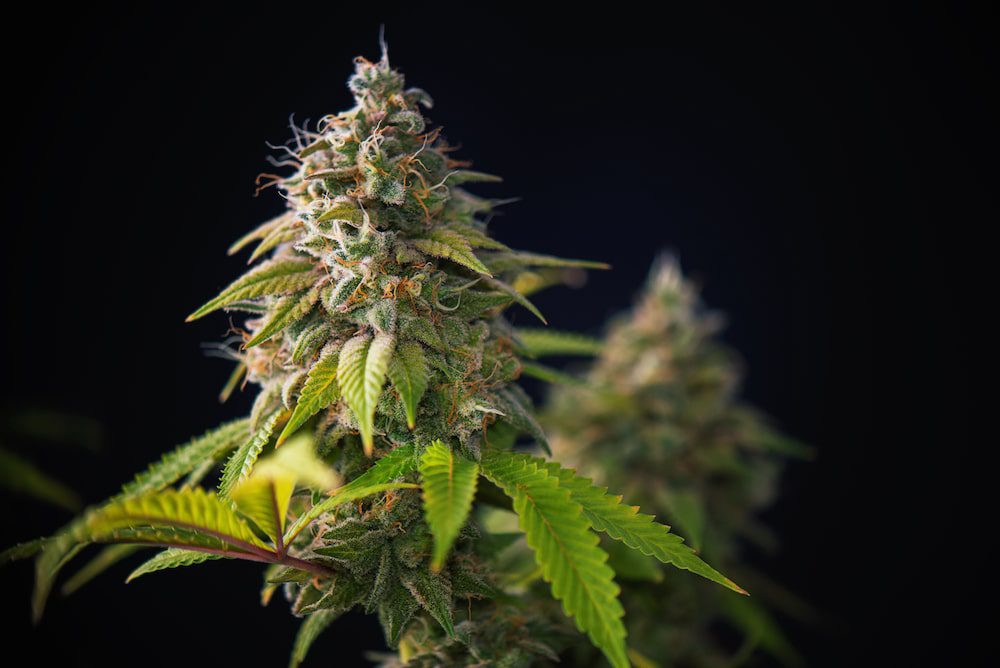 Cannabinoids and the ECS

Cannabis is chalk full of cannabinoids (as the name suggests!), including THC, CBD, CBN, and more. In fact, there are over a hundred different endocannabinoid receptors in the body! Depending on which cannabinoid you choose impacts how it affects the body and the health benefits that come with it. THC is best known for having psychoactive effects on the brain, while CBD does not. Both do affect dopamine levels, though they do so in different ways.

THC is actually very similar in shape to anandamide, which is a naturally occurring endocannabinoid that helps to fine tune nerve communication. This means that THC can bind to the CB1 and CB2 receptors just like the endogenous anandamide might. In other words, this barrs anademide from binding instead, blocking off parts of the nervous system, keeping them from functioning as normal. Researchers believe that this is part of the reason that THC creates psychoactive effects.

What makes all of this extremely interesting is one vital fact: dopamine neurons do not have cannabinoid receptors. However, there is another receptor that does – GABA – so it is believed that THC may impact dopamine indirectly by altering GABA levels.

Canabidnoil, or better known as CBD, has many modulating effects on both the brain and the body. It is best known for its ability to help decrease inflammation, relieve pain, provide neuroprotection, and assist with mental health issues such as anxiety and depression.

Due to its shape, CBD cannot bind with the C1 and C2 receptors of the brain like THC does. It would be like trying to fit a square peg into a round hole. So instead of binding to the receptors, CBD influences and communicates with the neurons in a more indirect way.

Across various studies, CBD has been shown to help regulate the dopamine present in the brain – whether by increasing or decreasing it accordingly. Parkinson’s Disease and depression are two illnesses that are directly linked to an extreme deficit of dopamine. Psychosis is a disorder linked to having too much dopamine. Due to this, it remains on the frontier for possibly curing Parkinson’s and acting as a more affordable way to treat mental health disorders without any of the prescription drugs that have many harmful side effects.

Due to the newness of cannabis research, more conclusive evidence will need to be drawn around the connection between cannabis and dopamine. However, much promising headway has already been made, especially in regards to THC and CBD both. Only time will tell, but with the groundwork that has already been laid, we are sure to see more concrete evidence.

If you’re ready to try THC or CBD products for yourself, pop into our cannabis dispensary in Port Hueneme. Our helpful staff is available to help you find the best cannabis products for your needs. From flower to gummies to tinctures and more, our From The Earth shop has it all!